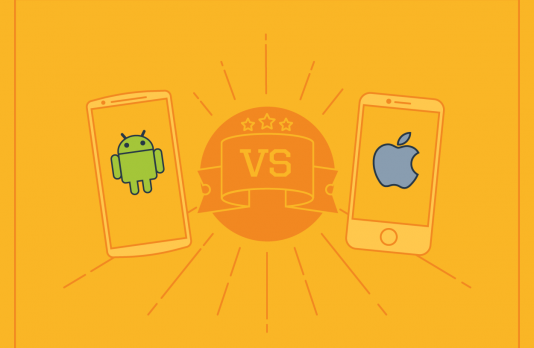 React Native or Flutter are here to help you to create easily your App in iOS or Android (even web), using the same code and with an awesome performance. But there is only a little thing…

Before the smartphones, after the reign of desktop applications we met the golden years of Web apps, web 2.0 was rising, and we found the UI koiné : HTML5 .

If you wanted to develop an App for Windows, Linux, Mac and the first iPhone you wrote the interface in HTML and that works everywhere, HTML5 stole Java’s slogan: “Write once, run anywhere“

We left behind the hard part of the first browser war, yes, we had Internet Explorer 8 giving troubles, but jQuery helped a lot.
Browser fought for being the more standard compliant, they fought to add richer experiences, and, as always, they fought to be the fastest one.

There was no app store on the original iPhone, It was meant to use HTML5 apps.

The web was perfect, this was the excuse to not have support for Adobe Flash, fighting for the standards they say.

When the App store came Apple realized it was a gold mine, they could have a cut of any app working on the iPhone through the only available app source: their store.

Suddenly the good old HTML5 became an enemy to destroy, why support web apps with no Store fee? Let’s begin the boicot:

Regulations do their part to damage web app UX. Ignorants Politicians forced every web site to put a cookie banner, instead of encourage private browser’s mode.

Oh gods! I wish to have something to code onces and deploy everywhere, web, iOS, Android, even desktop, with performance. Yes, the performance is the most important thing in your app, even if is a regular shop and your users will not notice the difference.

Using Javascript and React you will be able to deploy literally everywhere and with a theoretical performance 80% compared to native.

But to be honest this is a lie. You will make you choose between having a bad app on 3 platforms or spend 3x more time to have consistency between them. Two graphic examples to show that even the browser wars was a child game compared to the inconsistencies:

You can read more reasons why is not a solution from former react native fan AirBnB here.React Native: using Javascript and React you will be able to deploy literally everywhere

Google has money, React is from Facebook, let’s try to beat the React Native hype.

With Flutter you will code on Dart (wikipedia link here) and it will paint in a screen canvas your interface (less inconsistencies) and with great performance, they swear to get +15ms in rendering your kittens.

We want to have an App written with the same code, runs everywhere with UX consistency, with experience and support…what about HTML5? and you will only need a notepad and a browser to develop it.

If you (really) need performance to do some operations, first review your code and if this is not enough check out webassembly that offers up to 80% of native performance to make some heavy lifting. But really, check your code first.

If you need something like push notifications in your app, start small, give support to the good guys that don’t cripple the web: Android and Desktop. If your app has huge success and you need iOS support use a web wrapper like Cordova. I wish you luck to deal with Apple bureaucracy to publish your app.

And one last thing, web is open source, lots of developers has learned by right clicking the browser and inspecting the code. It was like open a hood of a car to see what was going on there. “How did this dev this that?”, “look he added this workaround to achive this effect”…